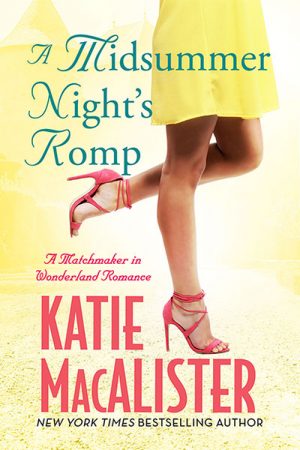 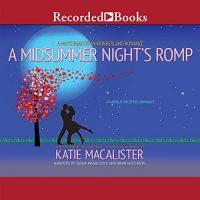 Lorina Liddel is terrified of embarrassing herself on national TV as the face of Dig Britain!, a new archeological reality show. Lorina would much rather keep her head down and her hands in the dirt underneath Ainslie Castle, but her on-screen partner is proving to be a major distraction.

Brother to the castle’s current lord, privileged, perfectly sculpted Gunner Ainslie is a sure bet to keep viewers glued to their screens. Lorina intends to keep the ladies’ man focused on the job at hand, but Gunner is confident he’ll soon have the beauty falling into his bed.

When an unexpected find turns the academic dig into an all-out treasure hunt, Lorina and Gunner get swept up in the excitement. But when their steamy tryst is caught on camera, it’ll take more than an award-winning performance to get them out of the hole they’re in…

“I get that Gunner is an amateur archaeologist. But why is an archaeology reality TV show coming to the castle?”

Gunner Ainslie made a face at his sister-in-law. “‘Amateur’ is a bit rough, Alice. I took a degree in archaeology, after all.”

She looked even more confused. “Then why are you a photographer now instead of an archaeologist?”

“Because he didn’t want to be a burden to the estate like all my other siblings,” his brother Elliott, the current Baron Ainslie, answered, giving his wife a squeeze. “Or so he said. Frankly, I think it was a cover so he could take pictures of unclothed women.”

“My job, as you very well know, is about as far from taking pictures of nude women as you can get,” Gunner said with dignity, ignoring the way that Alice, sitting on the arm of Elliott’s chair, leaned over to whisper something into his ear. Gunner kept speaking. “Old decaying buildings aren’t particularly sexy, but they can be lucrative in the right developer’s hands, and yes, dear sister-in-law, Elliott is absolutely correct in that I wanted a job that would allow me to support myself. Archaeology, while fascinating, isn’t a profession known for money. In fact, it’s damned hard to even make a living from it, let alone thrive.”

“I got that,” Alice said, reluctantly pulling her attention away from Elliott and back to Gunner. Since the two had been married for only a few months, Gunner was prepared to give them a little leeway so far as displays of affection went. “But why did you call in your archaeology buddies in the first place? Yes, the tower in this castle you call home fell down, but there’s nothing there that screams archaeology, is there?”

“We wouldn’t know if there was,” Elliott answered. “Not until the rubble is cleared away, that is.”

“Crop marks are the answer to your question, Alice.” Gunner gave her a smile that immediately had Elliott pulling her down onto his lap. Gunner grinned inwardly, never failing to find amusement in how jealous his brother had become. “During the summer, here in England, it’s possible to see areas where archaeology exists, because the crops grow differently when stone walls or ditches are beneath the topsoil. The drought this summer made it clear that the remains of some large structures were beneath the surface of the estate’s pastures, so I called a friend who works for the county archaeology office, and he passed on the news to the Claud-Marie Archaeology people.”

“Speaking of which, who are these Claud-Marie people? You said they’re some kind of archaeology company, but you also just said no one makes money in the old-buried-stuff business. How does this company survive if that’s the case? They don’t work with a university, do they?”

“No, they’re privately funded by a number of companies. Adam—my friend who now works for the county—volunteers now and again for the CMA, and told them about our crop lines. We were actually on their list of potential sites to visit in the future when the television studio contacted them.”

“And the TV show joined forces with them . . . why?” Alice asked, her brow wrinkling in puzzlement.

Gunner shrugged. “That, I don’t know beyond the fact that they want to make a monthlong TV show about an archaeology dig.”

“And they offered us money for it,” Elliott said quickly. “Lots of money. Which, as you know, my dear wife, despite my lofty title and thriving career as a novelist, we desperately need before our castle falls further down around our heads.”

“I like lots of money,” Alice said approvingly. “Even if it means digging up the pastures a bit. The tourists who come to visit the castle might like it, too. Do you think we should have some new brochures printed up that describe what’s going on?”

“That would be a bit premature, since we don’t know what, if anything, will be found at the dig site,” Gunner pointed out.

“Yes, but a TV show will be filming while the dig is going on. People love to watch that sort of thing. Maybe we should have some new merchandise for the gift shop made up with archaeology stuff on it? Hm.”

Alice, who had taken wonderfully to the business side of Ainslie Castle’s tourist programs, was clearly getting caught up in considering a whole new range of products, and scooted off Elliott’s lap to take a position behind his laptop. Before long, she was busily typing up some notes to herself.

Gunner smiled, grateful his new sister-in-law had taken up the challenge of her husband’s impoverished family. Given how many of them there were—the late baron and his wife had had two children of their own, and adopted nine others—helping the family over the hump of insolvency was no small feat. But it was Alice’s greater intention—the one to see them all happily married—that gave Gunner pause.

“Are you sure you’re going to be able to cope with the TV crew while we’re gone?” Elliott asked Gunner. “With the family making its yearly exodus to their various holiday destinations, there will be no one here but you to deal with any problems.”

“It’ll be fine. I’ll be back from Portugal before they start, and Cressy will be here by then.”

“Oh, that’s right—your daughter is coming for the summer.” Alice looked up from the laptop. “I’m excited to meet her. She’s seventeen, right?”

“So, she’ll probably be boy-mad, and indulging in all the drama,” Alice said, nodding.

“Actually, she’s not. Cressy is a bit . . .” He paused, trying to find the words to explain his daughter’s particular joie de vivre. “She’s a bit enthusiastic about things. No drama in the sense of door slamming and pouts, just lots of running around, and everything is either super awesome or dead grotty. There’s no in-between with Cressy. Her mother claims she’s immature, but I prefer to think of her as unsophisticated and excitable.”

“Well, she sounds adorable, nonetheless, although I have to say that you’re the last person I’d have expected would have a seventeen-year-old daughter. You’re so . . .” Alice stopped, suddenly looking guilty.

“On the contrary,” Gunner protested. “I would say just the opposite. I am not a dawg, assuming you mean that in the sense of a man who prowls his way through women.”

“Oh?” Elliott’s brow rose. “Let us examine the last few women with whom you associated yourself romantically. You were with them how long?”

Alice raised her eyebrows. “I don’t know about the others, because I’ve been here less than six months, but the last one—wasn’t her name Charity?—she lasted a whole three days. And Anna Louise, that American lady—you remember her, Elliott; she’s the one who was here for one of the Ainslie Castle Experience weekends—she hung in there for a whole ten days before Gunner gave her the heave-ho.”

“She had to leave,” Gunner said with a frown at both of them. “I didn’t tell her to go; she had travel plans elsewhere.”

“Uh-huh. And if she hadn’t, would you have asked her to stay on longer?”

Gunner made a sharp gesture with his hand. “That’s neither here nor there.”

“He wouldn’t,” Elliott told his wife.

“Totally a dawg. But in a nice way,” Alice agreed.

Gunner sighed. “Just because I’m not a fan of long-term relationships doesn’t mean I’m misogynistic. I like women. Women like me. We like each other in a mutually satisfying way, and when that satisfaction ceases to be mutual, we part. Amicably.”

“I will give you that,” Elliott said, considering his brother. “None of your exes are vindictive or bitter. You do seem to have a knack for picking women who are just as transitory relationship-wise as you are.”

“There’s nothing wrong with embracing a lack of responsibility,” Gunner said, getting to his feet and gathering up his camera. “Not everyone can be the worrywart you are, El. Are you clear on the situation with the dig now, Alice? If so, I’ve got to get ready for my trip to Spain and Portugal.”

“As clear as I’ll ever be.” Alice’s attention was clearly focused back on the laptop. “I’m just going to add a little something to the castle’s Web site about the TV show filming here.”

“Since you two will be off to the States on Elliott’s book tour and delayed honeymoon before I return home, I’ll give you a bon voyage now.” Gunner embraced Alice, and patted Elliott on the back. “Have fun, and stay safe.”

“Likewise,” Elliott said, turning a smile on his wife. “Don’t call unless something dire happens. I fully intend to give Alice the honeymoon she deserves.”

“I’m sure nothing more exciting will happen beyond finding some Roman ruins beneath the pasture,” Gunner predicted, an excellent example of why he would never be called psychic in any understanding of the word.