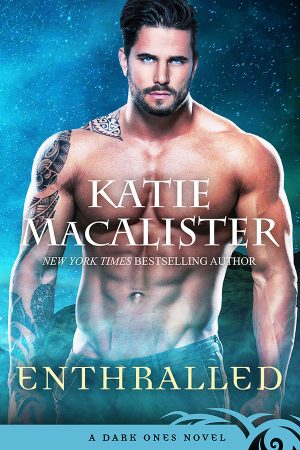 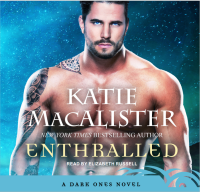 They call me soulless. A destroyer of innocents. An apocalypse waiting to happen.
That’s what getting dumped at the altar will do to you.

Keeley Moore was as happy as a proverbial clam when he found his Beloved, the one woman fated to be the love of his immortal life. Jenna was smart, had a quirky mind, and promised to be the salvation he had long sought. And then she left him at the altar without so much as a single word of explanation. Naturally, he swept up the tattered remains of his heart, and swore to forget her. One hundred and thirty years later, he’s still trying NOT to think about her.

Jenna Boyle has no idea who is the tortured, tormented, and sexy-as-sin man who claims she betrayed him a century ago, but she’s not overly worried about their past. It’s the present that concerns her, mostly in getting Keeley free from the monsters who have turned him from a peaceful vampire into a Thrall, the dreaded ancestor of all Dark Ones…one who is about to go into a murderous, unstoppable killing spree. Then there’s the Weaver’s Council, who threaten to banish Jenna for crimes she doesn’t remember committing.

Although Keeley is determined to keep Jenna from hurting him again, he’s drawn to her time after time. And it’s getting increasingly difficult to convince himself that she would be better off without him in her life. If only he could find the source of his enthrallment…if only he could find a way to save Jenna without destroying himself…if only he had a future.

One Thrall and his Beloved, a bestie with a male harem, and a group of intrepid tourists tackling an international organization bent on the destruction of the mortal world…it’s just another day in the world of Katie MacAlister’s Dark Ones.