Shadow of the Lion 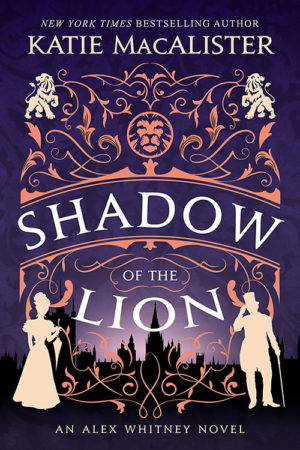 Shadow of the Lion

The last man Alexandra Whitney wants is the one she needs…

New Woman, Suffragette, and recently freed from a tyrannical father, Alex arrives in London determined to do everything she was forbidden to do, from fighting for women’s rights to dressing in the latest fashions, mingling in society, and taking a lover.

When Alex literally runs into a sinfully attractive, but highly annoying man with the unlikely name of Griffin, she’s not at all surprised that he is brother to the suffrage movement’s fiercest enemy. But it’s not long before Alex realizes that the web of intrigue surrounding Griffin involves more than just fighting the attraction between them.

For Griffin isn’t just stubborn, he’s in deadly peril, and it’s up to Alex to prove to him that although she might have lived a sheltered life, even she knows they need to work together if they want to survive the threat that looms over them both.

Can Alex abandon a life she’s dreamed of to join forces with a man who stands for everything opposite to her? And if not, how is she going to live with a heart that’s not just broken, it’s crushed beyond repair?

Note: this book was originally published as Suffragette in the City. It was heavily revised in 2021.

SHADOW OF THE LION
An Alex Whitney Historical Romance

A NOTE TO THOSE STARING HARD AT THE BOOK

This book has its origins in my very first novel written over twenty years ago, and resembles its original form only in the sense that the basic storyline is the same. Around 2011, it was re-edited and published as Suffragette in the City. However, when revisiting the sequel with an eye to revising it, I felt this book wasn’t where it needed to be, so it underwent another round of heavy revisions, edits, and merciless pruning in the summer of 2021. I also changed the name of the heroine because I have always disliked her original name. Luckily, she likes her new name, too, and has happily embraced being an Alex.
If you’ve read Suffragette in the City, you can feel free to give this version a miss unless you’re dying to see what new material was added, what old material was removed, and just who is the brand new bestie of the renamed heroine.
Those of you who are new to the book can dive in secure knowing that the story is in its happy place.
Enjoy!