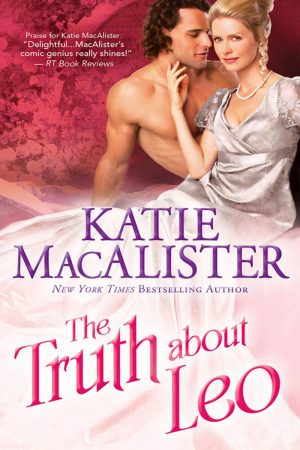 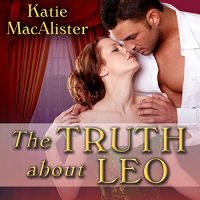 Can Dagmar flee Denmark
Dagmar Marie Sophie is a poverty-stricken Danish princess whose annoying royal cousin is about to have her stuffed away in a convent. When she finds a wounded man unconscious in her garden, she sees a way out of her desperate situation.

By Lying to Leo?
Leopold Ernst George Mortimer, seventh earl of March, and spy in the service of the king, finds himself on the wrong end of a saber and left for dead. He wakes up not remembering what happened…in the care of a beautiful woman who says she is his wife.

Back in London, Leo-with the help of his old friends the eccentric Britton family-sets out to unravel what he’s forgotten… Is Dagmar truly the wonderful, irrepressible woman who makes his heart sing, or is she a dangerous enigma bent on his destruction?

Leopold Ernst George Mortimer, seventh earl of March, defender of the crown, spy in the service of the (occasionally insane) king, and sometime rescuer of kittens stuck in a tree, was not a happy man.

“I am not a happy man,” he informed the kitten as he reached out to pluck it from its leafy bower, and received a branch to the mouth for his efforts.

For one extremely disconcerting moment, Leo thought the kitten had spoken. But since the question originated some distance below him, he quickly discarded that idea. “Why not what?” he asked, removing the branch so he could speak. Barely discernible through the foliage was the slight figure of a girl child, aged about eight, and perched with apparent ease on the back of Galahad, his large bay gelding.

“You said you were.”

He edged forward along the branch. The kitten, a small hissing bundle of grey striped fur, appeared to share his general dissatisfaction with life, for not only was it trying to make itself look as large and menacing as possible, it also appeared to suddenly realize that the sharp things in its mouth and on the ends of its feet might have a use in dissuading its removal from the tree. “I said I was not happy.”

“That’s the same thing,” the girl pointed out, then winced when the kitten took defensive action.

“Damn you!” Leo growled, snatching back his hand from where he had the cat cornered.

“You said a bad thing!” gasped the girl.

“Yes, I did.” He made another lunge for the cat, and got his hand scratched a second time.

Leo bit back the urge to expound on what he thought of her mother’s teachings, and concentrated on capturing the hellspawn beast without any further damage to life or limb.

“Mama says that people who say the bad thing you said are ignorant because they can’t think of anything else to say.”

“I can think of a thing or two to say to your mother right now. How is it you speak English so well?” He feigned a move to the left, attempting to catch the kitten off guard, but young though it was, it had a feline wisdom that kept it just beyond his reach.

“Mama taught me. She says that someday, when my brothers are older, we will go to England and see Grandmama. Don’t hurt Francis!” This last was in reaction to the sight of Leo removing his jacket, waistcoat, and one of his braces.

“Tempting though that thought is, I draw the line at abusing small animals.” The kitten spat at him. “No matter how much they might deserve such treatment. I’m simply going to try to snare the beast.”

“His name is Francis, after St. Francis of Assisi, who loved all the animals and beasts in the field. He sleeps with me and keeps me warm at night.”

Blinking once or twice at the inadvertent imagery, Leo made a rough loop with his brace, and attempted to toss it over the cat’s head. It fell short by several feet. “You need to watch your pronouns when you make statements like that.”

“No. I’m just passing through.” He grunted as he slid on his belly along the branch, refusing to think about what the movement was costing his clothing. “I’m on my way back to England.”

The girl’s brow wrinkled. “Are you here because of the war?”

“War? What war?” He slid along another foot. He was almost within reach of the monster.

“Papa says the English attacked our ships two days ago. Papa says there are no more ships in the harbor, and that the English killed hundreds of sailors. Did you kill any sailors?”

“Not to my knowledge. I’m on my way to Copenhagen from St. Petersburg, and I hope to heaven your father is wrong about the ships.” He paused for a moment and thought about what the girl had said, eventually shaking his head. No, he hadn’t heard any word of a war intended against the Danish. True, he’d been incommunicado these last three weeks while he traveled from the depths of Russia out to the Danish coast, but surely he would have heard at least a whisper of such a thing had the Admiralty intended on attacking.

Then again, given how unhappy the prime minister and his advisers were with the Scandinavians on the whole—what with their lenient trade attitudes toward that blighter Napoleon—a war wasn’t entirely out of the question. But realistically? He shook his head again. The navy would have to be crazy to launch an attack against the Danes. Their navy and army combined were a minute force compared to that of Britain and her allies. “Now then, let’s see if we can’t end this debacle.”

A quick flick of his wrist later, and the cat was snared. Gently he held the bucking kitten steady while attempting to wrap a handkerchief around his (now bleeding) hand.

“You caught him!” the child squealed in delight, clapping her hands.

Leo quickly rearranged his hold to avoid all of the kitten’s sharp, stabby bits. “Here, you, Anna or whatever your name is—”

“No, really? Your mother must be quite inventive. Here’s your blasted kitten.” He clung to the tree with one arm while leaning down as far as possible, the kitten still hissing and spitting at him. The girl was a brave little thing, for without the slightest hesitation she reached up and accepted the monstrous kitten, removing the loop from around his neck in order to snuggle him. Dewy tracks down her cheeks bore testament to her distress previous to his arrival, but all was forgotten as she beamed up at Leo.

“I’d suggest you keep the vicious brute out of trees in the future,” he told her sternly, trying to harden his heart against the look of hero-worship that she was bending upon him. Don’t get involved with the locals, that had always been his motto, and it had stood him in good stead for the many campaigns he had undertaken across the breadth of Europe. He wasn’t about to let a fresh-faced young chit make him break his vow of disinterest, no matter how heroic she made him feel. “You can’t count on having a handy rescuer to be lost on the way to Copenhagen, and thus available for service to you, both of which I was.”

“Thank you,” she cried, her happiness complete. Clutching the hell-spawn cat in one hand, she slid down from the not insubstantial height of Galahad’s broad back with an air that bespoke much practice in the art of horse-sliding. She continued to beam up at Leo…for about three seconds, after which time shrieking and arm waving commenced, propitiated by the cat’s leap from her arms, directly onto Galahad’s neck.

His horse was many things—brave, stalwart, and at times, downright stubborn—but when faced with four sets of claws digging into his neck, he protested the offense in the only way he knew: he bolted.

“Francis, no!” the child screamed, and dashed after the cat, which had leaped off the horse and turned into a feline streak of grey and white, headed straight for a barn, the roof of which was visible over a copse of leafy trees.

“Galahad!” Leo thundered, but it did no good. The horse leaped over the stone fence that bounded the pasture, and was off down the dirt road before he could do so much as shake his fist and threaten the horse with heinous retribution.

In the short space of three seconds, Leo found himself alone, up a tree, and bleeding from several scratches on both his face and hands.

“There are times,” he said, looking upward in case some deity or other might be interested in bending an interested ear his way, “when I firmly believe that I’m the victim of a dread curse. That time in Berlin when I was caught in the countess’s bedchamber was one. The recent happenings in St. Petersburg was another. This time, however—stranded in a tree, horseless, and most likely too late to catch the ship sailing for Germany—has to take the top honors.” He sighed, considered continuing his self-pity for a bit longer, but decided that wouldn’t help him out of his present circumstances. “At the very least, we’re having decent weather.”

As if on cue, a group of pregnant grey clouds that he would have sworn weren’t there five minutes earlier drifted across the sun. The gentle pat, pat, pat sounds on the leaves around him made him sigh again.

“Of course. How silly of me to tempt fate.” It took him a good twenty minutes to figure out a way out of the tree; without the handy stepping-stool that was Galahad, or the presence of lower tree limbs, he had a hard time negotiating his descent, but in the end, after much swearing, and a little more blood loss thanks to some jagged broken branches, he fell the last few yards to the ground, landing with a heavy thump.

The bones in his left leg, broken a few years past after a leap out of the German countess’s bedchamber window, protested, but didn’t buckle, and for that he was profoundly grateful. He straightened up, made an attempt to brush off the worst of the tree from his clothing, and turned to limp toward the road in hopes of seeing Galahad grazing on the verge.

Three men clad in Danish uniforms, all armed with rifles and sabers, faced him. One of the soldiers held his own sword, which he’d removed to climb the tree.

His shoulders slumped as the men moved forward. “Cursed,” he said. “Definitely cursed.”