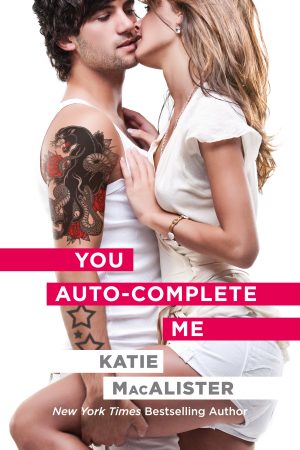 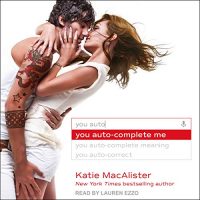 Life, love, and the pursuit of the perfect Englishman…

Emily Williams, twenty-something free spirit, is spending a year in England with — horror of horrors — her parents. She’s not going to let that get her down, though…any more than she is brought low by her seemingly hopeless search for love, the ghost that inhabits her underwear drawer, the horrible high school flashbacks that come via a student she tutors, the hot guy she fancies who may or may not be what he appears, or the dishy almost-veterinarian who could be the perfect Mr. Emily…if only he wasn’t elbow-deep in sheep. Literally..

Welcome to the world of Emily!

EMSTER What, you’re not here?
DRU I’m here. What’s up, buttercup?
EMSTER I have things to tell you!
DRU So tell. I was sext…er…texting the BF.
EMSTER !!!
DRU J/K. Dish, sister.
EMSTER Reasons why my life has gone to hell in a handbasket:
In debt up to my armpits due to having to work off paying for ex-boss’s car.
DRU Shouldn’t have hit that cop car, huh?
EMSTER Forced to give up adorable apartment to live back with the parents while I pay off ex-boss’ car.
DRU Also shouldn’t have lipped off to the judge who garnished your wages.
EMSTER Forced to go with very same parents to England for a year.
DRU Dude.
EMSTER OK, that’s not really bad, but I’m on a roll. Humor me.
EMSTER Biggest reason life is messed up: Friends with Benefits Fang isn’t around to indulge in benefitting.
DRU You got me there. But cheer up, little Emily – life can’t get any worse can it?

Readers of the 2003 release The Year My Life Went Down the Loo may recognize passages–this book is an almost complete rewrite and update of that earlier young adult novel, and contains mature themes.

Note: I cannot for the life of me get the format of the book to translate to the website. So forgive the rather confusing layout in this excerpt.

YOU SENT AN INVITE TO DRU TO JOIN YACKAPP
EM Well, I’m here.

DRU HAS ACCEPTED YOUR CHAT INVITE
DRU Emily! There you are! Wait … what the hell is this? Why aren’t we using WhatsApp? Why can’t we use pictures?
EM I refer you to Brother.
DRU What’s he done now?
EM Allow me to tell you. Brace yourself, I’m using voice-to-text because my thumbs would drop off
if I tried to type this all out to you.
First of all, my room is haunted. And not just haunted by any old run-of-the-mill ghost—oh, no, my ghost is an underwear pervert.
DRU Wow. That’s … wow.
EM I know, right? Dru, Dru, dear, sweet Dru, I can’t begin to tell you just how awful my life is. Well, OK, I can, and since I’m having to suffer, you, as my bestie, are going to have to suffer with me. Even though you’re on the other side of the world. You’ll do that for me, won’t you? ’Cause I’d do it for you. I always get sympathy cramps for you, don’t I?
DRU You do, and you know that I would do the same for you. Besties, dude. Can I put an avatar on here?
EM No.
DRU Why not?
EM This app is weird. It just does names. No pictures. No avatars. Nothing but text.
DRU Let me try. ER…how’s this?
EM There’re no avatars, Dru. I can’t see any picture you post here.
DRU Maybe this one?
EM Still nothing. No. Avatars.
DRU OK, this is a cute pic. How about if I try this one?
EM You’re doing this on purpose, aren’t you?
DRU Trying to drive you insane?
EM Yes!
DRU No, but I’m so going to Google and see if there’s a way to hack this app so that we can use pics. Text is just so…texty.
EM !!!
DRU What?
EM Sheesh, girl! I’m trying to unload to you! Bare my inner soul! Share my burdens.
DRU Soz, go ahead. I’m good now.
EM Honestly, it’s like you aren’t even interested. Where was I?
DRU Haunted room. Cramps. Underwear pervert.
EM That’s right. Where should I start in the catalog of horror that is now my life? Well, first of all, as you can see by the fact that I’m texting you using a weirdo app, I didn’t talk Brother (the most eccentric father in the world) into getting us a UK cell phone plan that included free international time, or which was able to use common, ordinary apps. So I’m stuck with only e-mail and YackApp, which evidently is part of the phone package. How on earth am I supposed to exist without Snapchat and WhatsApp and Instagram? Sheesh! But you know how my father is—if there’s a buck to be saved, he’s dibsed it.
And it’s not even like I can use my phone a whole lot, since we have a limited family data plan that Brother watches like a hawk lest we dare use it like normal people.
“And if I hear any complaints,” the Ancient One said when I told him he was being archaic as hell, “I will simply take back the phone, cancel the tuition at the very prestigious college into which I managed to get you admitted, solely by dint of pulling many strings, and inform your mother that you will be making your own way home, the latter being an act that I suspect you’ll find difficult.”
“Oh!” I said, outraged that he’d pull out my current state of insolvency in the War of the Generations (as I like to think of our conversations). “That is just going to make me point out yet again that I wouldn’t be broke if I didn’t have to pay for that stupid company car out of my own pocket.”
“A company car which you totaled,” Brother pointed out in that maddening way he has.
“That wasn’t my fault!” I said, slapping my legs in frustration. Honestly, was any father ever so blind to reality? “I was trying to keep a latte from spilling on the carpet, which was a nice thing to do, especially considering that I wouldn’t even have been in the car if the Weasel hadn’t sent me out to get yet another latte because he’s addicted to Starbucks.”
“You ran into a parked police car, Emily,” the father unit said.
I sniffed, and decided to adopt a dignified stance, rather than continue to argue with him (besides, I have yet to find a comeback to the parked-cop-car comment). “Regardless of the failure of my ex-employer to realize what a quality employee he had in me,” I said, loftily waving away his argument, “not to mention the judge who garnished so much of my wages that I can’t possibly live on my own any longer and had to move back with you—”
Brother grimaced.
I ignored him and continued, “As if that wasn’t enough, I already agreed to the infinitesimally small data plan although it’s utterly, utterly without reason.”
“Hrmph,” he said, and marched off to go unpack yet another box that Mom had shipped over here.
Great, now I’ve digressed to the point where I can’t remember what I was going to … oh, yes. So here I am in England, horrified to be stuck only with some weirdo third-world-esque phone, with no future.
DRU Em, you’re in England. For a year. Free! Lots of people would be thrilled to be there.
EM Lots of people are idiots, too.
DRU You have me there.
EM Let’s just take a good look at why I’m miserable, shall we?

• Lost lease on cute little studio apartment when owner sold out to new company who jacked rent up almost double
• Lost job due to slight accident with the Weasel boss’s car
• Had no insurance because insurance peeps stopped autopay without telling me. (Isn’t that illegal? It should be!)
• In debt for approximately two hundred years according to a (clearly dirty) judge who took the side of the Weasel’s insurance company re liability, and thus ordered wages garnished
• Plan for student loan bailout canceled because student loan people say they won’t give money while the judgment is active
• Likewise, free ride through local university was ground to dust when Brother said getting kicked out of college after two semesters was sign I wasn’t serious. Then added something about education being a privilege, not a right. Fwah, say I.
• Daniel, formerly adored boyfriend and currently asshat heartbreaker, dumps me—cruelly, and maliciously—after almost two years because he is, and I quote, “tired of waiting for [expletive deleted].” The fact that we did everything but have actual sex seems to have escaped him.