You Sleigh Me Collection 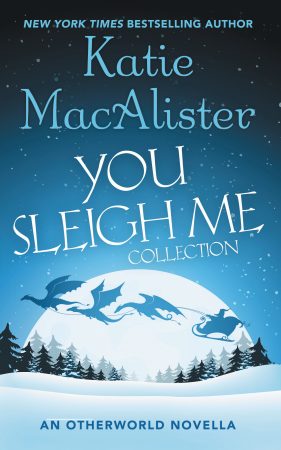 You Sleigh Me Collection

Dark Ones, Part of the series

Dragons and Dark Ones and Polters, oh my! Two Otherworld stories in one festive package…

YOU SLEIGH ME
There’s not a snowball’s chance in Abaddon of having a silent night when you’re trapped with a bunch of demons, dragons, and vampires…

It’s nearly Christmas, and while peace may be falling like silent snowflakes elsewhere, at a small airport in Canada all hell is about to break out…literally.

Tempers are frayed when a group of dragons, Dark Ones, and poltergeists find themselves snowed in at an airport, all of whom are desperately trying to get home to celebrate the holidays. What might be a minor inconvenience slowly descends to chaos with a series of ever-escalating nightmarish events, not the least bit helped by Newfoundland demon dog Jim.

With the dragons fractious and annoyed with each other, the vampires suspicious of everyone, and the polters wary about their volatile companions, the situation quickly changes from amusing to deadly…ensuring no one is getting their halls decked until they figure out how to survive the night together.

When tarot reader Minerva finds herself in a foreign country without friends or money, and hunted by a pair of thief takers, the last thing she expects to find is a near dead vampire. A familiar near dead vampire.

Ivo Zeman thought he found the love of his life on a battlefield in 1916–just after he’d been blown apart. But then the woman disappeared, sending him into a spiral of despair and hopelessness that lasted more than eighty years.

When he finally finds her again, she’s thrown into peril by a madman, and Ivo must think fast or else he’ll lose her a second time. Tarot readings, a malicious thief, some of the worst poetry you will ever read, and the wrath of a powerful enemy…can Ivo save his love in time, or will fate destroy their last hope for a future together?