A signed book update for those of you who are interested in such things: books are starting to come in, and I’ve also included in the shop mass market paperback copies which were used at various events (Katiecon!).
Please note that in some cases, two versions of a book are available–one being the original mass market paperback, and the second being the new trade reissued version. You can tell the difference by the price (MMPB are less expensive) and by the description. So don’t be confused if you see two Daring in a Blue Dress listings.
Here’s what’s in the shop right at this very moment:
Here’s what’s coming by the end of next week:
And here’s what’s coming the week after that:
As always, you can find the shop here: https://www.etsy.com/shop/KatieMacAlister 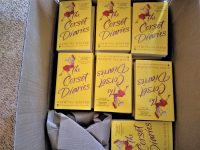 They’re baaaaaaack. In a limited quantity, and I’m not sure if I will be able to get more (my bookstore connection said the distributor couldn’t fill the original order I wanted, so I ended up with 50 of the little buggers).
Also, you guys have been shopping! There are a couple of books that I restocked yesterday that are almost sold out, so I’m putting in another order.
Here are the books that are either sold out, or very close to selling out, and for which I’ve placed an order, so they should be restocked in a couple of weeks:
I’m going to get a new cover for Hard Day’s Knight, and once I do that, I’ll get some of those in stock, as well.
Shop is at: https://www.etsy.com/shop/KatieMacAlister

New Books in the Shop! 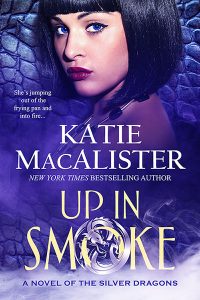 Just an FYI: last night I restocked the Etsy shop with the following books:
Tomorrow, I should get more copies of:
And coming in the next 10 days-ish are:
So if you missed Corset Diaries during the great rush last week, or if you wanted any of the above but haven’t seen them in the shop, they are there now. If they sell out, I’ll order more. The shop is at https://www.etsy.com/shop/KatieMacAlister

I just looked at my upcoming schedule, and I have a metric butt ton of zoom sessions. As an introvert, I love being able to interact with people on my own terms, in my own house. As someone with facial blindness, I have to regularly warn people that I seldom look at faces because they just have no info for me, and that no, I’m not looking away because I’m bored.
What are your take on video calls? Love ’em or hate ’em?

Happy Official Dragonblight Release Day!
Even though it came out a wee bit early, today is its actual birthday. The newsletter just went out, complete with a few behind-the-scenes tidbits. If you missed the newsletter, you can eyeball it here: https://preview.mailerlite.com/d8b5p7
And if you want a copy of Dragonblight for your very own (if for no other reason than to see why the infamous Chapter 7 makes me cry every time I read it), then hie thee to its page. 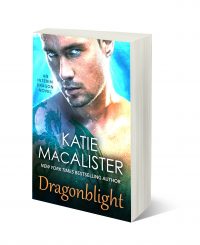